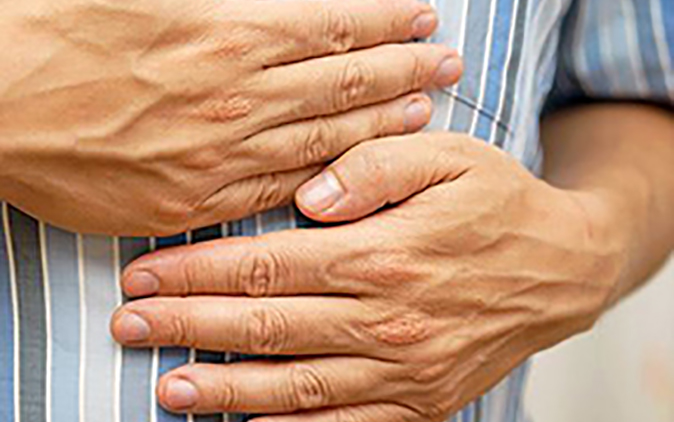 Here at Rx EDGE, we have always championed the role of the pharmacy in the lives of patients who have conditions that require specialty drugs.  Marketers of biologics are usually interested in reaching current patients (those who know they have moderate-to-severe RA or Crohn’s Disease, for example) but because these patients use Rx medications that are not traditionally dispensed at the community drugstore, marketers often overlook the pharmacy as a communication platform.  They can’t see the value of promoting there and as a result, they miss out on reaching a large and relevant audience.

We recently had the opportunity to speak to a Crohn’s patient (a family member of an Rx EDGE employee) along with his wife, who were kind enough to talk with us about living with this challenging disease.

Not only did they validate the importance of the pharmacy and the pharmacist in their lives, but they also shined a light on the struggles that a patient with a chronic condition faces on the path to diagnosis and treatment.

Here is their story.

“I had stomach issues starting when I was in high school,” 58-year-old Leo Nash says. “But I wasn’t diagnosed with Crohn’s disease until 2013. So, in a nutshell, I’ve been miserable almost all my adult life.”

People without chronic diseases are blissfully unaware of what it’s like to live under the dark cloud of pain and discomfort that affects every moment of the life of people who have incurable conditions. Some of the most common ones are Crohn’s, diabetes, Irritable Bowel Syndrome, arthritis, and other maladies that can flare up at any moment, keeping one close to a bathroom, or unable to move, breathe, eat, eliminate, or play.

Leo’s wife, Sharon, has walked the path of pain with Leo. She is a registered nurse, which helped as the couple went from doctors’ appointments to prescriptions, over-the-counter self-care analgesics and symptom relievers at their local pharmacy. They tried several a variety of eating approaches, including gluten-free, limited fiber, and dairy-free diets with varying success. Some of these regimens seemed to work at first, but nothing worked over time. To add insult to injury, the nutrient absorption challenges for IBD patients sometimes make the limited diets a problem of their own. “We were and still are in a drugstore every week or so, even after the diagnosis and final prescription that seems to be alleviating some of the worst parts of the disease,” Sharon says. “But it’s been a long haul, and we were willing to try anything to get some respite for Leo.”

Finally, in 2013 Leo had surgery for an intestinal blockage. It was a blessing in disguise because the doctors were able to identify Leo’s condition as Crohn’s disease. Although it was not good news, it did explain Leo’s ubiquitous discomfort that stems from such symptoms as intestinal bleeding, improper nerve function, and cramping, among other problems arising from this disorder.

The diagnosis provided a starting point from which the GI doctors began with known prescription drugs to handle the disease. Sharon says, “Leo was given three separate prescriptions over the next year or so, with each trial lasting between two and three months. When none worked, we were both frustrated!”

Meanwhile, they still had to visit the drugstore to pick up the antacids, pain pills, vitamins, and prescribed antibiotics that reduce intestinal bacteria.

Support from the Pharmacy and Online Forums

“Sharon was determined to get answers,” Leo says. “She not only had the medical background with her nursing, but she would also ask the pharmacists and the hundreds of people in the online forums for advice. I had eating issues, muscle aches, and nutritional losses that made me tired and susceptible to viruses and infections. My disease affected everything the two of us did.” At one point, someone suggested the book Crohn’s and Colitis for Dummies by gastroenterologist Dr. Tauseef Ali, which was published, coincidentally, in the same year Leo was diagnosed, 2013.  They were lucky: Dr. Ali’s office was a drivable distance from Leo and Sharon’s home.

The Prescription that Worked

After the unsuccessful drug attempts, the Nash’s were told about biologic drugs. Some are self-injected and others are given at a clinic, like the drug Leo uses to this day. Two reasons the clinic was chosen: 1) Dr. Ali was able to get Leo’s insurance to cover the drug and more importantly, 2) It worked. A few weeks after the first infusion of the drug, Leo started to feel some relief. He has been on it for about three and a half years.

The path to the correct prescription is not always so direct as for Leo. One company’s formula, delivery system, and frequency offering won’t work for everyone.

The picture is brighter for Leo and Sharon, thanks to the pharmacy’s help.

Rx Support and Drug Side Effects

Leo and Sharon read all the material from the manufacturer, including the website copy, brochures, and prescribing information. The website is thorough and has information for doctors and patients alike. “It’s important to read these documents as both prescription and over-the-counter drugs have side effects,” Leo says. “We found even one brand of an over-the-counter antacid provided relief, while another did not. And prescription drug side effects sometimes meant I was unable to use one drug with another, like an antibiotic, for instance.”

The pharmacists know their Crohn’s customers by first name. One pharmacist said, “Our diagnosed Crohn’s customers know what they need to get in the aisles, but we’re always here to answer questions. As for the undiagnosed buyers with symptoms, we can steer them towards what we think will provide some relief, but we always suggest they see their doctor for a final diagnosis of whatever is causing their problems. It’s not always Crohn’s.”

“As a nurse, Sharon was a lifesaver during our many doctor appointments,” Leo says. But also, she had done so much research that she knew the best questions to ask. “We learned to go to our appointments prepared with not only our questions but also with a record of things that had changed, for better or for worse.” He continues, “A few times when Sharon could not join me at the appointment; the doctor let me tape record the conversation so I could play it back to her when I returned home.”

They were surprised to learn after a doctor visit that one of the prescribed biologic drugs was not covered by insurance. Fortunately, the drug that was covered is also the one that worked the best for Leo—an infusion of the prescription every eight weeks at a center versus the other drug’s bi-weekly self-injections. Some doctors were especially helpful in finding insurance-approved prescriptions.

When one person in a family has an incurable, all-invasive disease—whether it’s a couple or a whole family with children, parents, and grandparents—the entire family experiences the illness together. It is also true that the primary caregiver has much responsibility not only to the patient but also to themselves to stay well. One of the best ways is by “…developing a strong communicative relationship in a triad—caregiver, patient, and physician—may be more complex, but it can also yield a greater reward.”[2]

The ‘family’ includes the pharmacy (its credibility, brand, layout, and cleanliness), the pharmacist, and the pharmacy staff. The family also extends to the pharmaceutical firm that makes the drug and the doctor who prescribes it. Each member plays a part. The pharmacy carries the vitamins for nutritional deficits that accompany the condition, and they stock cold and hot packs for muscle aches and OTC pain relievers. Plus, they answer questions or get the answers about different prescription formulas, perhaps ‘translating’ prescription inserts or online data sheets.

“We are waiting for someone to find a cure, of course,” Leo says. “But in the meantime, it helps to know the pharmaceutical companies are working with the doctors and directly with other people living with Crohn’s.  It’s especially comforting to have our local pharmacist help us with all the side issues that accompany the condition.  We like it when we can make plans to go somewhere, and I don’t have to worry about being within running distance of a bathroom every minute of the day.”

Today’s pharmacy is a healthcare destination for people who suffer from sometimes nearly unbearable chronic conditions. These types of patients and their families regularly visit their local chain or community pharmacy for OTC products to relieve their symptoms. But they also look to the pharmacy for education about either the prescriptions they’re taking, or to learn of alternatives in the marketplace. They may be okay today, but there’s that nagging question, “Could I feel better?”

Thank you, Leo and Sharon, for sharing!